This has been a bumper year where the wheels haven’t stopped whirring. Here’s Camilla’s whistle-stop tour.

March saw us present our first performance which combined the three elements of social media, streaming and live performance. In-Finite continued to delve in to the world of secrets and explored the tension of the secret kept and secret revealed. It received over 1000 online views, reached over 400 people on social media and was seen in 11 countries. This was kindly supported by The Asfari Foundation and The Arts Council as well as many generous private donors.

Read the story of Infinite here and view the trailer here.

Not a bad start to the year. We were commissioned to perform a scaled down version of In-Finite in Switzerland for ArtCorps Antilope Festival. Interest in our approach continued and we were invited to run a workshop at Brunel University as part of their Artaud Forum where we built on the outreach workshops we ran at Rich Mix in Shoreditch, London; one of which was delivered across London and Spain.

Swiftly following was more interest from the academic community where we presented our method and it’s applications to the Theatre and Performance Research Association in Manchester. The digital world pricked up it’s ears and we presented our vision at Digital Shoreditch, a week long festival which celebrates the outstanding creative, technical and entrepreneurial talent of East London and Tech City. On the self same day we zoomed up to Cambridge to present a screening of In-Finite at contemporary art gallery Kettle’s Yard.

Sustaining the interest from the academic community we entered in to discussions with Aberystwyth University and the digital performance professor there and opened conversations with Goldsmith’s Centre for Urban and Community Research. A bid for £15,000 to Creative Works London was successful and we are still conducting research with Goldsmiths into twitter conversations that we stimulate for our performances and cultivating new methods of engagement.

Autumn spun around in no time and we were back at Brunel University taking part in a workshop series (also featuring Akram Khan) for their Contemporary Performance Making Series.

RBKC funded us along with The Science Museum to perform again at Nour Festival (last year at we performed for this festival at the V&A Museum) with 3 performances in one night during their Lates series of events about Space where we had amazing attendance online and at the event, the Mayor of RBCK, Councillor Charles Williams attended the event, especially to see our performance which gained 4 stars.

To say a HUGE thank you to all our friends and partners we hosted our First Annual Gala at Camden Proud Old Horse Hospital where we showed snippets of our work peppered with performances from Joumana. We ran a unique Twitter Pilot which was a resounding success that will greatly inform 2014’s work and were able to catch up with you all which we know is sometimes hard at performances!

We worked with a huge range of talented photographers and artists who worked in parallel to us, with special thanks to Andrea Di Cenzo, Georgia Hackett, Pippa Dodds, Liran Fisher, Emily Pulham, Arabella Hilfiker, Pierce Braysher and our designers Joseph Asghar and David Grant a host of others we’re delighted to have collaborated with.

We achieved a 4 page spread in The Imperial Society of Teachers of Dancing Magazine, popped up in the Metro twice and appeared on countless web magazines including Dance UK and various disability press. In-Finite Space Part I had not one but two embedded journalists working alongside us and were even appear on the radio.

We’d also like to thank our amazing twitter and facebook followers who join in by submitting all sorts of amazing ideas such as poetry, pictures, ideas and answers, some of which really took our breath away.

We have an exciting 2014 lined up, so keep an eye out in January where we look forward to announcing another year of contemporary magic which you can be a part of

Have a great December! 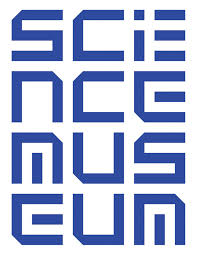 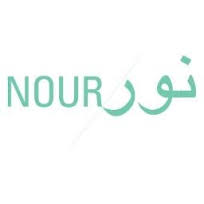 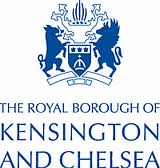